Glasgow is one of Europe’s most exciting destinations, which combines the energy and sophistication of a modern international city with some of Scotland’s most spectacular scenery. 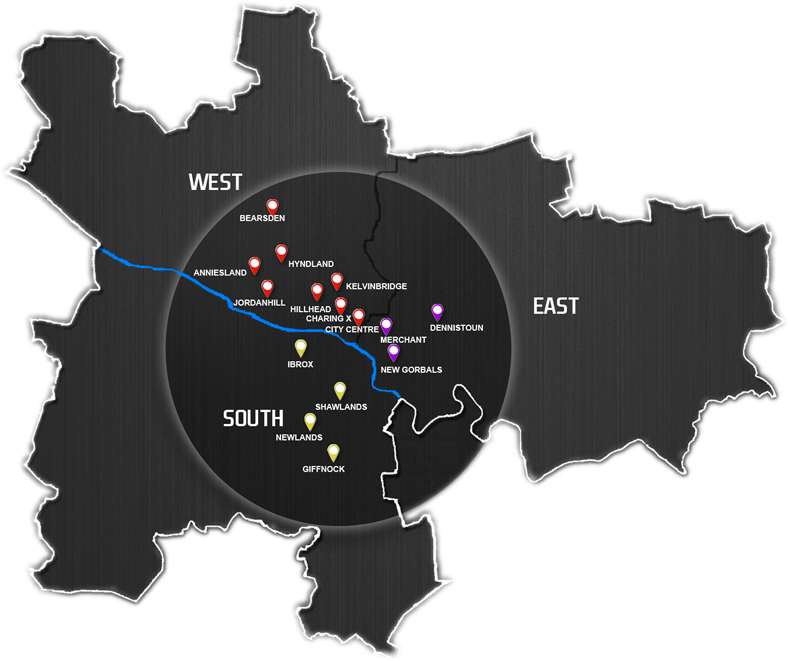 Glasgow is the perfect city for retail therapy with the best shopping in the UK outside of London – from the Italian Centre in the Merchant City, to the exclusive, designer label parade of Ingram Street, right through to the boutique shops of the West End. And it couldn’t be easier to get to the city, with three international airports offering direct access from over 100 destinations. <

Glasgow is the largest local authority in Scotland responsible for educating almost 70,000 children. Glasgow has over 300 schools and nurseries

Hillhead: This has always been a popular haunt for the student population Hillhead very much in University territory with Glasgow University and Glasgow Caledonian, Park Campus nearby.

Partick : Very popular with students and young professionals who are looking for cheaper accommodation but still within reach of Byres Road and Glasgow University.

Shawlands: A bustling area on the Southside of the city, great for shopping and great eateries situated beside the beautiful Queens Park.

Kelvingrove: The area around Kelvingrove Park is one of the most beautiful in the West End combining impressive buildings and parklands.

Merchant City: One of the oldest quarters of Glasgow and the cultural heart of the city, seconds from the bustle of Glasgow’s busy shopping precincts, Buchanan Street and Argyle Street. The area is characterised by buzzing bars, luxury apartments, tenement flats, award winning restaurants, design shops and artist galleries.

Dennistoun: With close proximity to the city centre, Caledonian and Strathclyde universities, many of its residents are now students and young professionals.

Maryhill and Anniesland: A little further from the town centre but good local amenities and improved public transport links to the town centre and universities are making them increasingly popular rental areas.

Gorbals: Located just across the river from the city centre and has a selection of affordable new build accommodation.

Hyndland: There are a number of high quality delicatessens, cafés, hair and beauty salons. Average property prices in the area are much higher than the Glasgow or Scottish averages

The Subway is the easiest way to get around the City Centre and West End of Glasgow. Running every four minutes at peak times, it takes just 24 minutes to complete a circuit of the fifteen stations 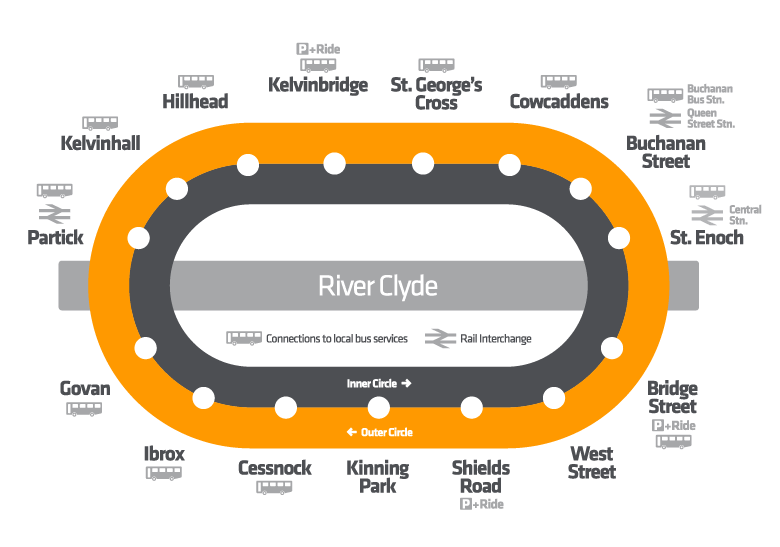