According to a Lettingweb Report, Glasgow’s the place.

buy to let in Glasgow.

If you’ve never thought of investing in buy-to-let before, now’s the time. Glasgow’s the place. Entry costs are significantly lower than other key UK cities. Our recent Lettingstats report highlighted that house prices have actually slightly dropped. Not only that, but the average house price is around 17% below the Scottish average.

While the costs of investing in buy-to-let in Glasgow are proportionately lower, returns aren’t. Rents there have risen. By 6-8% for smaller properties and just over 20% for 4 bedroom properties. Flat house prices and rising rents have made for increasingly attractive gross rental yields in Glasgow. To the point that they are now comparable with what’s being achieved in hot spot Aberdeen. 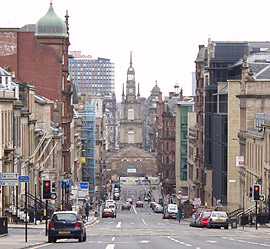 It’s a market that looks set to grow. The number of households in the city is projected to expand by 26% by 2035. Glasgow has a large student population (around 45,000), a growing resident population and a growing workforce, with businesses attracted by its available labour supply, relatively low cost base, efficient public transport system and niche provision in administrative and back office functions. Around 16% of all households in the city now live in the private rented sector, more than double the proportion it was ten years ago.

Strong demand and weak new supply are further favourable conditions for investing. It is forecast that rent levels in the city will continue to rise and, most likely, outpace house prices over the next few years.

While rental growth traditionally has been particularly strong in the City Centre and West End, there are strong signs other parts of the city are benefitting from a growth in the rental market, including the, up until now, less affluent north. Where you could bag a bargain.

It might not be grabbing the headlines yet, but it seems the city’s old marketing slogan could apply to its attractiveness as a buy-to-let investment, particularly for the uninitiated: Glasgow’s miles better.

For more about this report or other information please visit Lettingweb.com